Stunning! That's the word for the winter scenes in Joshua Tree National Park this season. The snowfall  reminds us of Mother Nature's regenerative power. The desert burst into new growth with water, the stuff of Life. This was the heaviest snowfall in a decade, and in some areas the heaviest in almost 20 years. It brought moments of surreal beauty. The snows fell not only in areas where the micro climate can bring cold weather more often , like the road to Keys or in Pioneertown and Yucca Valley. It also brought snow cover to lower elevations, with a snow pillow over the arch near White Tank, and with snow on the emerging spring wildflowers in Cottonwood. Here is a picture from Barker Dam, which now has more water than I can remember. Fantastic! Please check out the new "Galleries", with images from the dam, the typically "dry" water tanks, Ryan Mountain, the park's iconic features and its fields of flowers. It's already shaping as a "superbloom" for Spring! 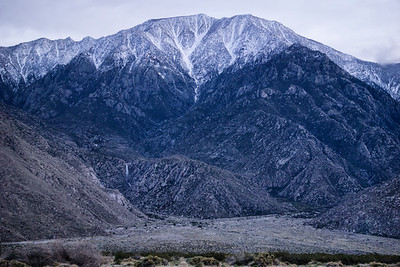 The Milford Track is one of New Zealand"s "great walks", its hiking

trails. This trail leads through part of the Fiordland National Park.

It goes through some of the lushest rainforest areas on earth.

Along the Routeburn Trail, a down tree in the rainforest gives

explosive new life to a host of plants. 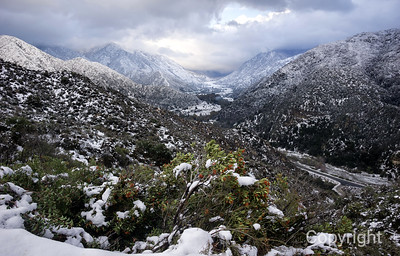 A "natural wreath" with red berries, looks out onto one

of Southern California's most spectacular Views.

closed the road to the Point. View to Mount San Jacinto. I was the

only person at Keys.

as well as the environmental crisis.  This work is "The Water

Ain't That Bad, It's Just Salty"  by Chris "Ssippi" Wessman &

In the San Gorgonio Wilderness in South California's

year have given way to a memorable Autumn.

Sunrise on North Lake in the Sierra. This year has been

spectacular with layers of aspens and other trees and

with golden reflections on the alpine lake waters.. 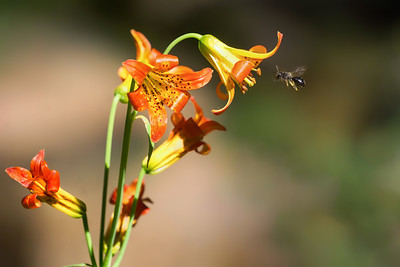 Heading out for "10 Lakes" in Yosemite..but I started it late. On the way

I met the only other hikers..two girls who said they had just been

having a trail dispute. I thought maybe it was the same debate going on

in my mind: whether to turn back because of the late start. I asked if they

had seen any "tiger lilies" or small "leopard lilies"What are those..they asked

..as they had not. Another hour later I did turn back and at that stream where

I had spoken to the girls...this time there was a shaft of sunlight directly

onto ONE PLANT about 100 yards away..It was one tiger lily plant....a rare

plant anyway..but one that still was in flower. "Here I am" it seemed

to call out...just look around..and experience the moment in this place..letting

other plans and frustrations fall away..... 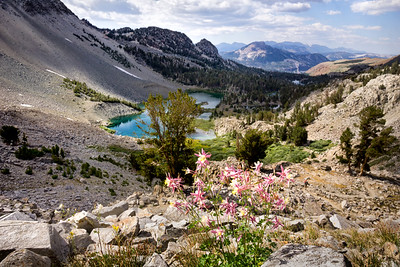 Mount Morgan rarely has clouds at sunset.....: golden light over

Bluest of the Blue

Hummingbird with the Agapanthus 'Huntington Blue': the most

intense blue of any agapanthus. 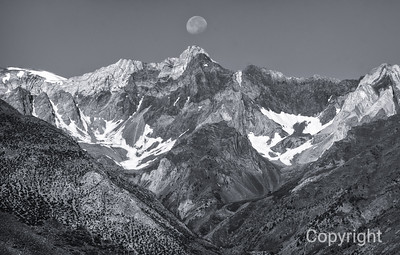 Brightest moon of the Year

water.Not this year!! Spectacular lake with reflections of the surrounding mountains.

in Joshua Tree National Park in many years. Bees are busy!

"Mountain Chipmunk" enjoys the view towards Mount San Jacinto from the Summit of Mount San Gorgonio.. San G is the tallest mountain in Southern California.

San Gorgonio height 11503 feet or 3506 metres. This was a snow hike at higher elevations, before the spring melt.

It's the tallest peak in Joshua Tree National Park: Quail Mountain. It is 5816 feet, and it provides an entirely different view on the park and on other landmarks. Here is Mount San Jacinto (elevation 10833) covered in the heavy snows of this season, and with a bird "Flying High"! 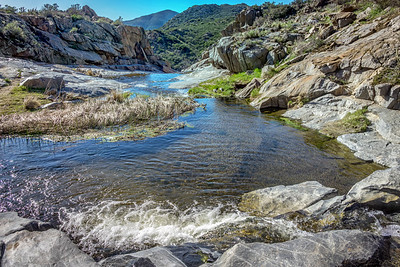 Rare Sight:  The start of the Pacific Crest Trail from Mexico to Canada is usually dry. Not this season!! Waterfalls, lakes and creeks are running, adding rare beauty to the beginning of the great trek! 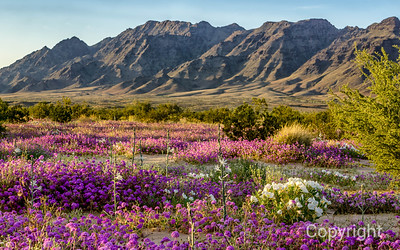 The 2019 wildflower Super Bloom in Southern California was remarkable. It brought the end of a long drought, and some of the best wildflower blooms seen in Joshua Tree National Park, Anza Borrego, the Coachella Valley, Lake Elsinore and Carrizo Plain.

The "Eagle and the Raven":..Eagle Rock is a  spectacular feature on the Pacific Crest Trail section A. This year brought some wildflowers to the base of this remarkable rock formation, as a raven flew overhead.

Discovery! This cactus (Grizzly Bear Cactus Opuntia erinacea) is found in a few places in Joshua Tree National Park but with bright yellow flowers. This one found at a remote site, has red flowers: extremely  rare!

This is the Scaly stemmed sand plant (Desert Pholisma), Joshua Tree. It is rarely

seen in the national park,    but this season I came upon a small "forest" of these 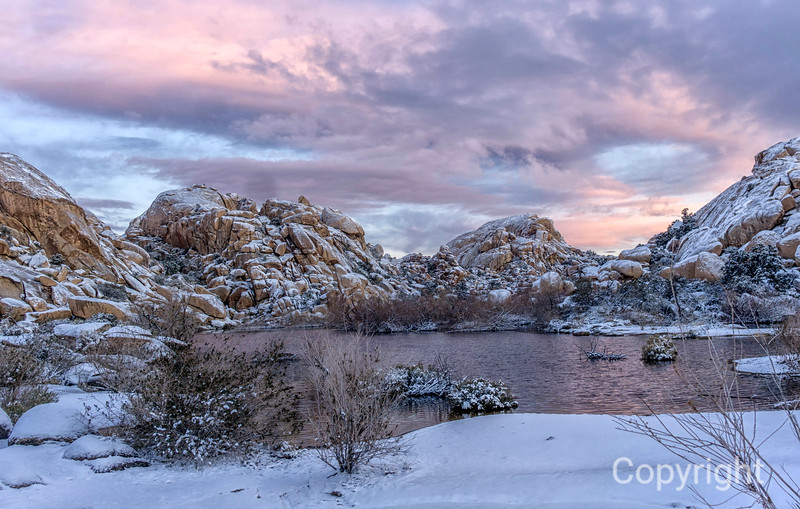